A short history of the American guitarist, Jen Turner (updated)

She appears to have come out of New Jersey. She was born about 1971, Her first instrument was the piano, but at some point she was also a ardent drummer playing in drum circles.  As a teenager, she hitched around the country for four months to learn to play guitar.


Jen Turner performing at the Meadowlands in 1995 with Natalie Merchant.

Somehow in early twenties, she  ended up being picked to play lead guitar on Natalie Merchant’s debut solo album, Tigerlily. That is where her  biggest  commercial success occurs with her playing some just  amazing guitar on the album's  songs, most notably on "Carnival" and "Wonder".   Turner  was so good that she was almost upstaging  Merchant. After two years she ended up leaving the Merchant backing band and formed her own group, Furslide  in 1997.

Furslide, which she fronted as lead singer and guitarist  also  included  Jason Lader and Adam MacDougall. They  released their debut album titled Adventure in fall 1998 and played a few shows subsequently in the US, the UK and all across Europe ( opening for Lenny Kravitz on October 8, 1998 in Detroit, they also where the support act for Kula Shaker, Alanis Morissette and Ben Folds). In 1999 they dissolved, not having been commercially successful. 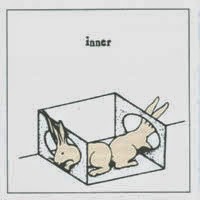 In 2001 and 2002 she made two excellent albums as lead singer with a new group, called Inner, the  group also included Erica Quitzow, Samuel Omeechevaria and Fabien Waltmann. These two records  were released on her own independent record label, Caboose Music.

Inner's first release was  an EP called Dog Demos in 2001.The demos  were supposedly all recorded in one take.  They released a full length album,  Lovetheonlyway in 2002. This may be her best work up to now-vocally she sounds like Jane Siberry here. The songs here   are  very introspective, raw, confessional and original sounding. What struck me is how the  lyrics kept going in unexpected places.


Jen Turner  appears to have kept  a lower profile for a few years in the middle 2000’s. Since 2007 she has mostly worked in bands where she is not the front person. Perhaps, an understandable approach since she is a better instrumentalist than vocalist, but a little more frustrating for those trying to pick her "musical voice" out of the competing voices of the band she is working in. She  worked on two albums playing guitar  with Joseph Arthur and the Lonely Astronauts.  Those albums are called Let’s Just Be (2007) and Temporary People (2008).


In 2009 she was  documented doing  some live work in the style of Inner at a gig at the Living Room in New York City.


Around 2009 or 2010  she joined Here We Go Magic and was with them for their second and third albums. This was her blond period.  With this group she played bass and keyboards. She   produced their 2010 album, Pigeons (released June 2010) and was also with for them for  their album,   Different Ship in 2012.   She left that band abruptly in a airport in a misunderstanding over sausages.

In 2012  she engineered (and played drums on!) the album,  In Limbo, by the group Teen. I can't think of too many people who went from guitar to bass/keyboards to engineer/drums over the space of a few albums. Yes, multi-instumentalists have done all these at once on albums, but to go from specific role to another role-that's unusual.

For a time  in  the 2010's  she  worked in a side project  called Thrillionaire which features another female singer, Henrietta Tiefenthaler, they sang lush psychedelic melodies over German Krautrock beats. She also did  some concerts recently as part of a group called Alamar.

In 2013/she was  in a duo  called  Exclamation Pony with  Brit Ryan Jarman (who’s regular band is the Cribs) in  late 2013,they released a single   called "Pseudo Individual".

In 2015, she joined up with the group High Desert Fires. Bun-headed Chris Traynor fronts the band, sings and plays guitar. Jen  plays  guitar and sings. Gabriella Da Silva  sings, Taylor McLam plays drums and  sings, Drew Broadrick plays piano and sings,   Sibyl Buck plays the bass and sings and  Naren Rauch is a multi instrumentalist.  Jen worked with Sibyl Buck before in the Lonely Astronauts. Chris Traynor is similar to Jen in that he has a long experience in various bands (most notably Bush), and plays more than one instrument. 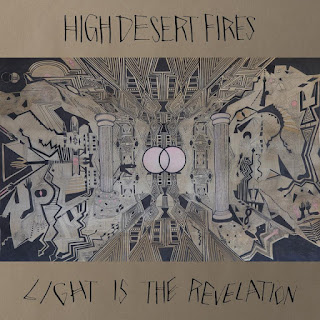 Jen makes a short appearance in a new documentary about the Tigerlily album that was released as part of a new Natalie Merchant release called, Paradise Is There. See link below... 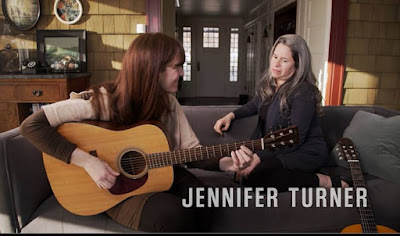 What little I have read about  Jen Turner as a person suggests that she is a humble and kind person with a free spirit.  Her  music career has been a unique mix of  continuing reinvention and great mystery.

There are rumors that Jen  is working on solo material-here's hoping!

Also at Felpin's Pond: Fanny-the first all women rock band to hit the Top 40
Posted by Felpin at 11:23 PM

Felpin's Pond is a web journal that features short articles on popular music with a special emphasis on female artists. Occasionally articles on politics, geography and other things are included. The posts are written by J.C. Bernhardt. It comes to you from Felpin's Pond somewhere on Cape Cod.

Also visit my other websites, ABBA-The Albums and Abba-Latest Releases